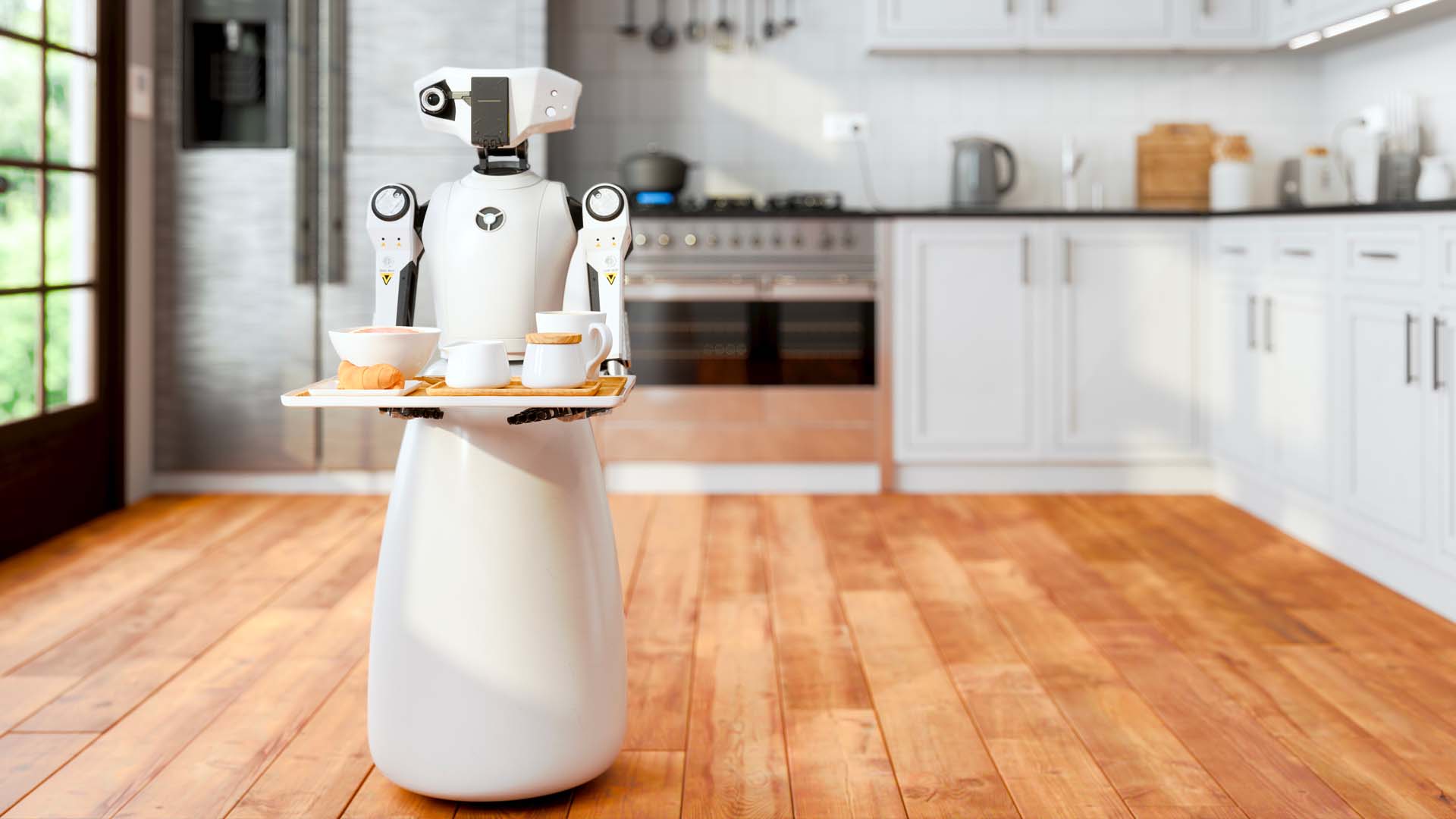 How the entertainment industry predicted the future of home automation…somewhat accurately.

The creators of movies, TV shows, and even theme parks have long dreamt of a future complete with robot butlers and other ultramodern home tech. In fact, it’s been over half a century since we got a look into the robot-equipped living room of George Jetson. It got us thinking: Did these predictions of the future actually come true? If “the future is now”, are we there yet?

Obviously, not quite. We don’t have floating cities, and flying cars certainly haven’t gone mainstream. But thanks to some of the amazing features of today’s smart homes, we’re actually enjoying plenty of the future technologies we first saw on TV and in movies.

Here, we’ve taken a look at entertainment’s hits and misses when it comes to smart home tech. As it turns out, TV and movies really did predict the future of home automation, at least somewhat accurately. The future is now!

Everyone’s favorite future family gave many of us our first glimpse into smart homes. And as it turns out, we didn’t have to wait ‘til 2062 to enjoy them ourselves! Video capability throughout the home is commonplace, whether you’re using home security camera systems for video surveillance or screens for video chatting. We’ve also now got wireless home systems that offer everything from light control to music to temperature, all with just the touch of a button. Plus, we can even use robot vacuums, thanks to Roomba!

But mostly, The Jetsons pad had a lot of tech that we haven’t even come close to replicating. There were the pneumatic transport tubes for easy room-to-room transport, the Food-a-Rac-a-Cycle for immediate meals sans cooking, and of course, Rosie the Robot housekeeper.  Poor us – we still have to start our robot vacuums ourselves.

In this Disney movie, a family wins a contest and gets to move into the “house of the future”. Their Smart House is fully automated and comes equipped with PAT, an AI who is the voice and “personality” of the house’s system.

PAT is pretty impressive, and she can accomplish things that smart home technology definitely hasn’t caught up with yet. We’re envious of her ability to instantly produce smoothies, and would love to have her around to clean up a disastrous living room after a wild house party! However, we’re not sure about her robot claw that collects the newspaper – that might frighten the neighbors.

Disney may have overreached with that robot claw, but some of today’s automated home tech can make you feel like you have your very own PAT. Just like in the Smart House, your real-life house can have the ability to turn lights on and off and regulate temperature, all with the touch of a button, or even via voice control. And just like PAT can be protective, today’s home security system-equipped smart houses can contact your alarm company in case of an emergency.

Back to the Future II

In the second Back to the Future movie, we all got a glimpse of what life was (supposedly) going to be like on Oct 21, 2015. Since that date has come and gone, it’s easy to do a quick check on how the predictions measure up. And in fact, the film’s most accurate guesses all had to do with the home automation space.

The McFly future home featured lots of tech that exists today! We have the ability to program the lights to turn on when they detect motion or at a preset time, and we really can use one finger to lock or unlock doors as part of wireless home security systems. It’s a finger pressed on our smartphones, which the movie somehow didn’t predict, but the concept is the same.

When it comes to transportation, on the other hand, Back to the Future II didn’t quite predict 2015 accurately. Floating hoverboards? Not quite. Flying cars? Nope. Oh, and time travel definitely hasn’t happened, in case you were unsure.

Walt Disney himself was captivated by the idea of future cities and homes. The word “Epcot” stands for Experimental Prototype Community of Tomorrow, and Disney’s original idea was for it to be a city of the future. While that didn’t come about, lots of the attractions in Epcot and throughout the Disney parks feature predictions of future tech for the home. Some of it was a little far fetched, but other examples are actually in practice today.

The Horizons ride in Epcot featured a future of robot butlers and living in personal underwater submarines. Clearly, this attraction had some of the more out-there ideas. But Spaceship Earth, also in Epcot, was focused on technology related to communication, and very accurately predicted the future popularity of video calling.

In the Carousel of Progress attraction, the big draw of the futuristic home was being able to make commands – like turning on Christmas tree lights, as they showed in the attraction – using just your voice. And this is actually a reality! By pairing smart home technology like the inTouch app with voice-controlled intelligence like Alexa, you can literally tell your smart home to turn off the lights, lock up the doors, and check if you left the garage door open.

As it turns out, creative minds from the past got a lot right about the future of our homes. But even with all this automated technology, your smart home still can’t fetch you a drink from the fridge – just like Disney predicted. We’re still holding out hope on that one.

What do the best outdoor security cameras all have in...
CPI Security